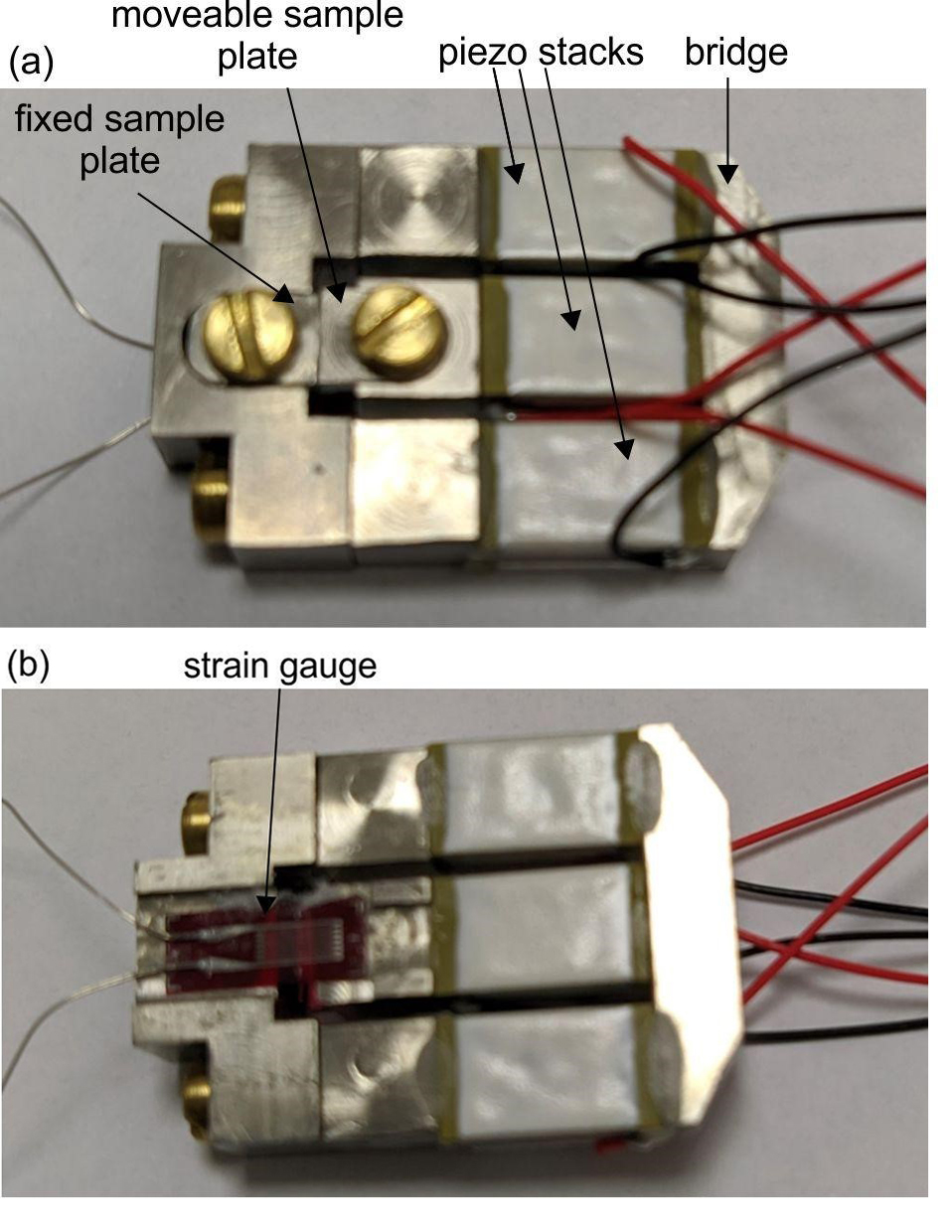 In order to perform inelastic light scattering studies and scanning probe microscopy based experiments of samples under uniaxial strain, within Strained FeSC project we designed, developed and fabricated a piezoelectric-based device. For that purpose, we followed designs of similar devices for applying continuously tunable uniaxial strain that had been devised, successfully used, and publicly available [1,2]. These designs were adapted for the purposes of inelastic light scattering and scanning probe microscopy base experiments, having in mind the compatibility with the available and the cryostat that will be procured.

The fabricated sample holder was placed in a cryostat (Fig. 2(a)) and further connected in an appropriate electronic circuit (Fig. 2(b)) in order to apply bias voltages needed for piezoelectric stacks and to measure applied strain. The piezoelectric stacks are connected with an analogue high power electrical amplifier. Its input is in the range 0-5 V, whereas at the output it gives 150 V needed to extend/compress piezoelectric stacks. In order to measure changes in resistance, the piezo-strain gauge is connected in Wheatstone bridge. In order to supply 5 V to the Wheatstone bridge and the analogue high power electrical amplifier, we used 7805 voltage regulator.

Fig. 2 Picture of the piezo-strain gauge sample holder in cryostat and connected with electronics.

Simple electronic scheme is given in Fig. 3. The voltage regulator 7805 gives 5 V at the output additionally filtrated with indicated capacitors. The variable resistor R4 is used in order to adjust bias voltage at OUT port needed for the amplifier. The strain gauge can be connected within points A and B, while the strain resistance can be simply measured as Rst=R1*V/(U-V), where U=5V (obtained from 7805 voltage regulator), whereas V is the voltage measured on the strain gauge. Additional option is to place strain gauge within the Wheatstone bridge.

Further optimization is ongoing based on the specific experimental requirements. 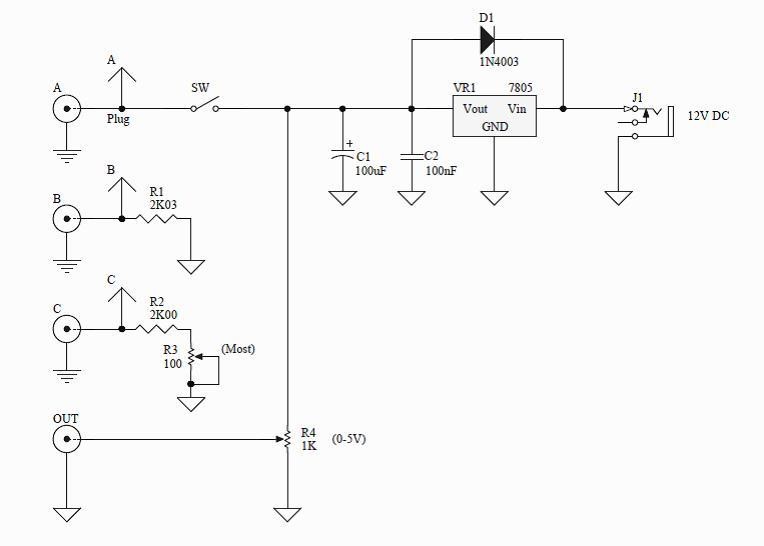 Fig. 3 Electronic scheme: the power supply for the Wheatstone bridge and the analogue high power electrical amplifier needed for the piezoelectric stacks.